Two golds and a silver for CBUSC 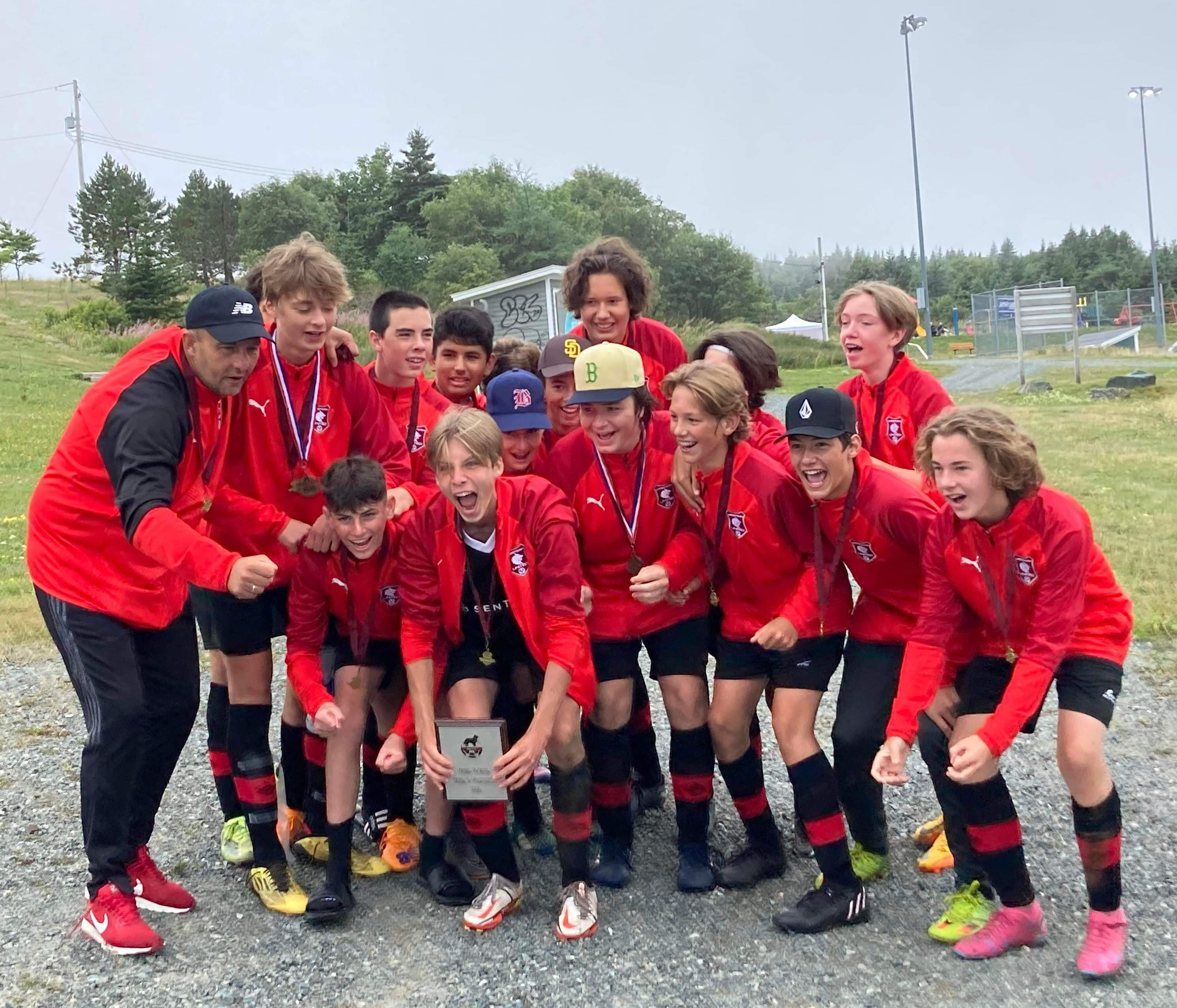 Corner Brook United Soccer Club’s U11 boys and Western U15 boys are coming home with gold medals and our U13 girls with silver from their respective Newfoundland and Labrador Soccer Association mega tournaments held on the east coast over the weekend. 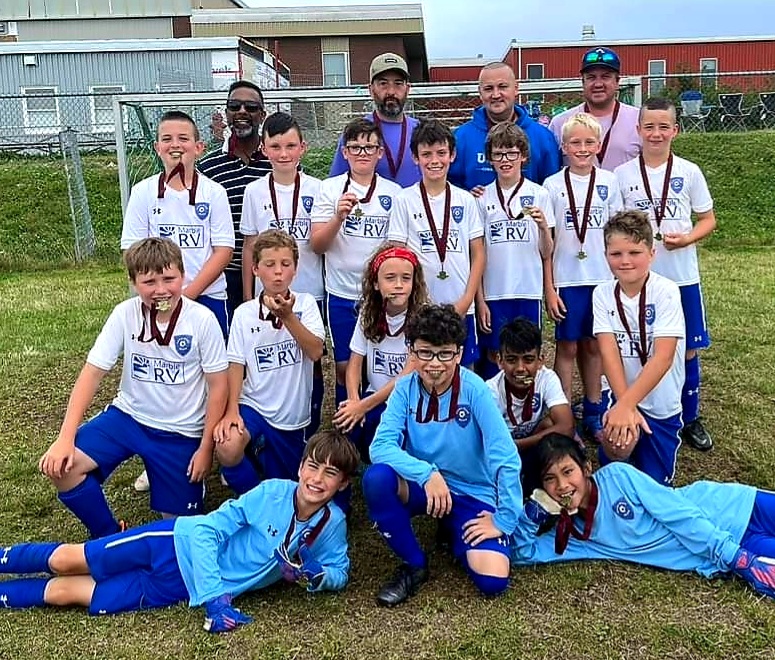 With three wins and one loss during regular play on Friday (Aug. 12) and Saturday (Aug. 13) the U11 boys advanced to the gold medal game in the blue division on Sunday (Aug.14).

The boys defeated Burin FC by a score of 2-0 at Queen Elizabeth Field in Conception Bay South to earn the gold medal. 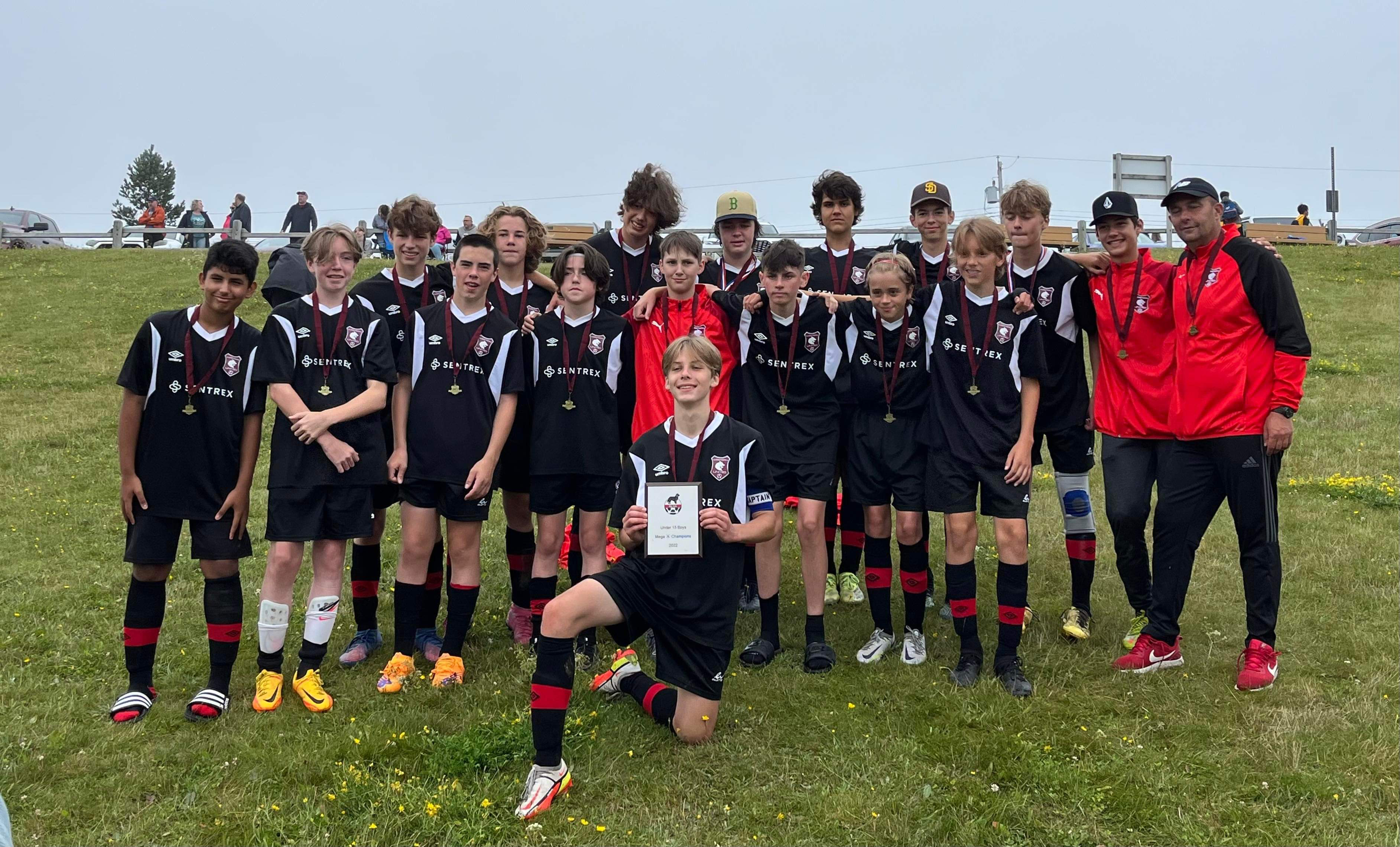 The Western U15 boys played four games over Friday and Saturday and came away with three wins and one tie.

With 10 points to their credit the team earned a spot in the gold medal match in the A division. 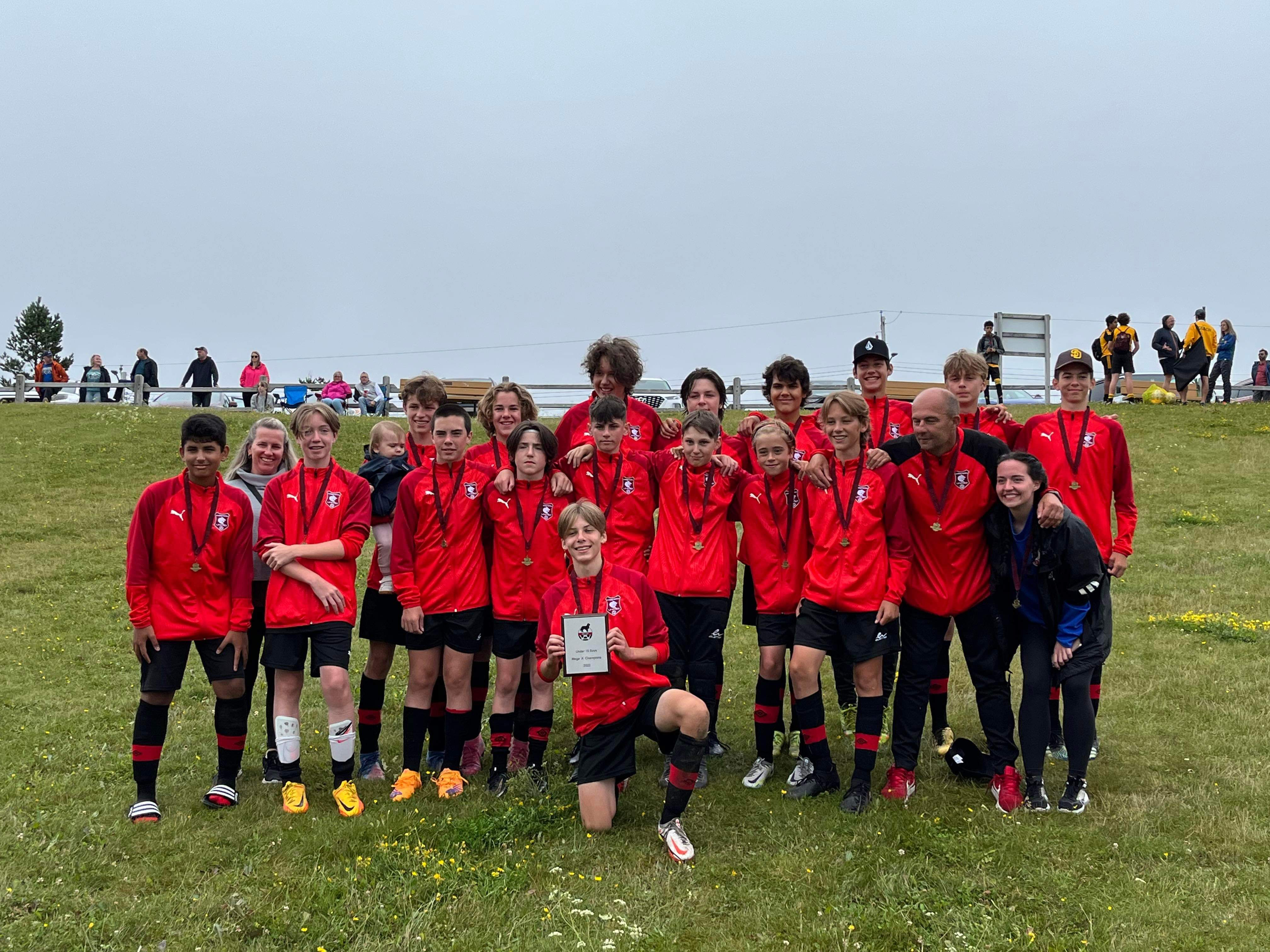 That game was played at Jim Clark Soccer Field in St. John’s on Sunday morning against a team from the Mount Pearl Soccer Association with the Western boys taking the win and the gold medal by a score of 2-0. 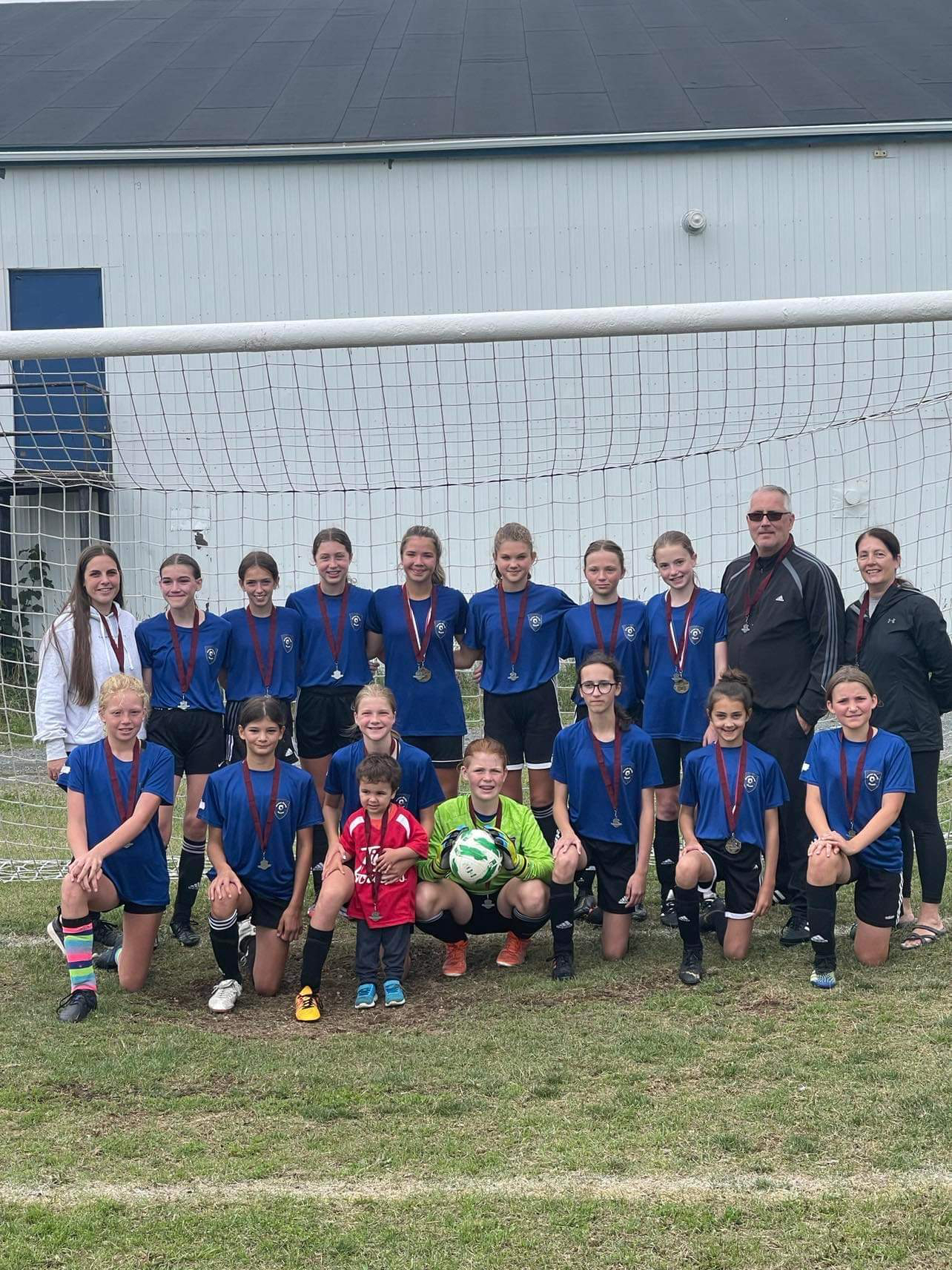 The U13 girls were undefeated in all three of their regular play games and with nine points earned a spot in the gold medal game in the maroon A division. 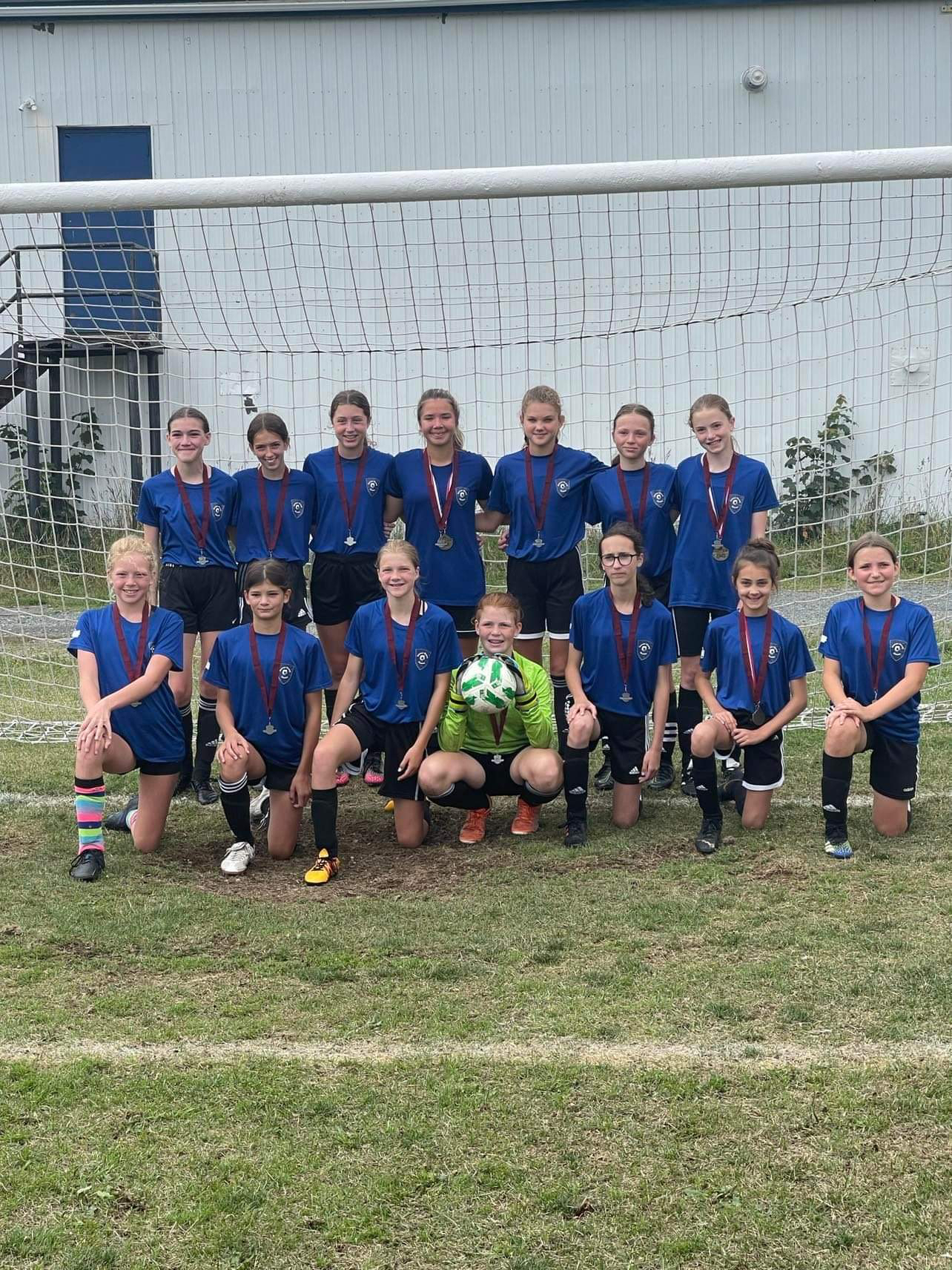 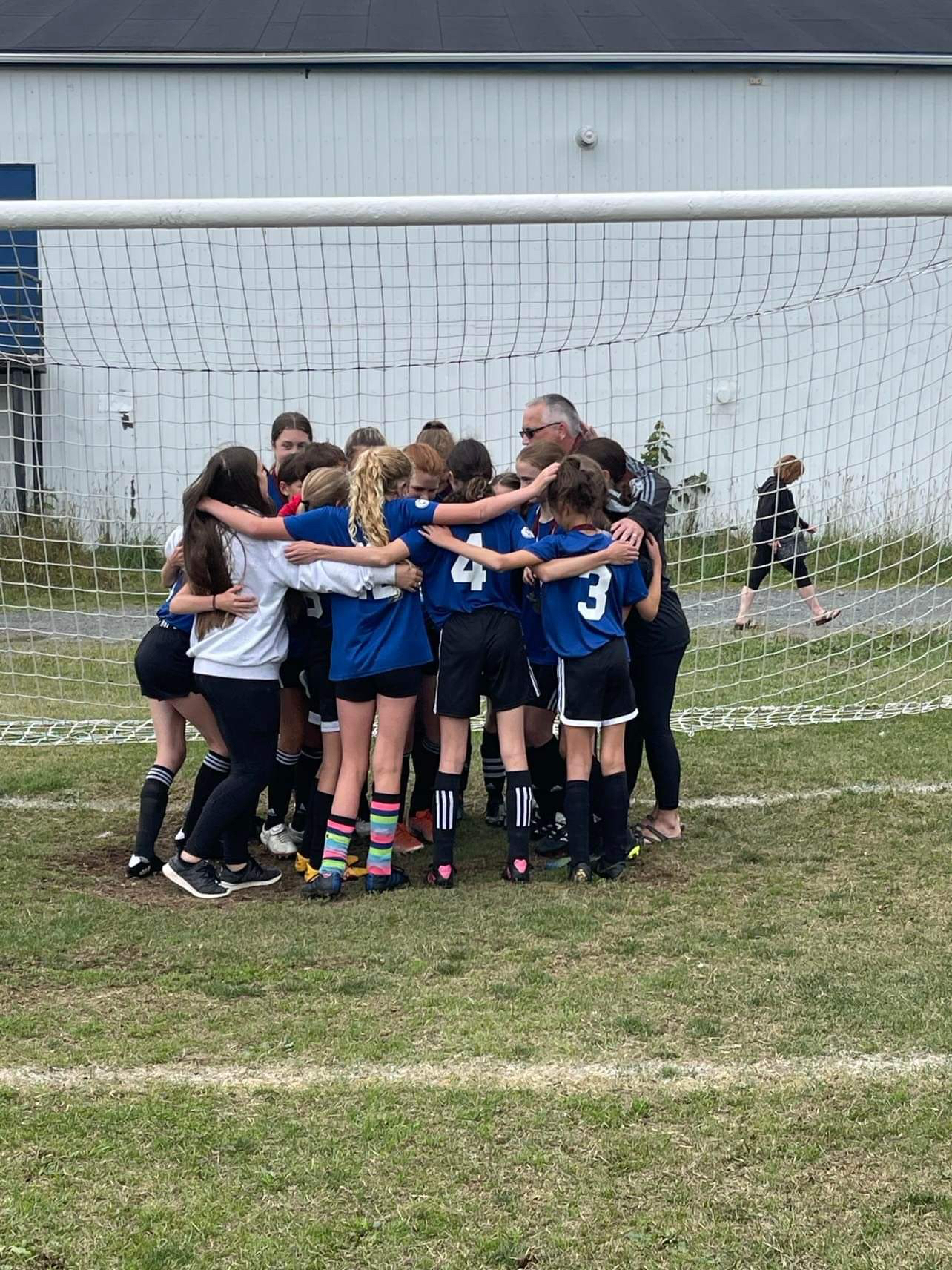